The Killers have released the second single from their forthcoming album, Imploding the Mirage, today. Fire in Bone is available from all the usual streaming and downloading outlets from today. Originally due for release on 29 May 2020, the new album has also been delayed with a new release date to be forthcoming the next few weeks due to “delays finalising the album”

At the same time, they announced the postponement of the UK & Ireland Stadium tour until May 2021. Check below for the new dates, all tickets remain valid, and ticket holders should check with retailers for refunds if they are unable to attend the new dates.

Somebody Told Me... Cancel reply

When You Were Young 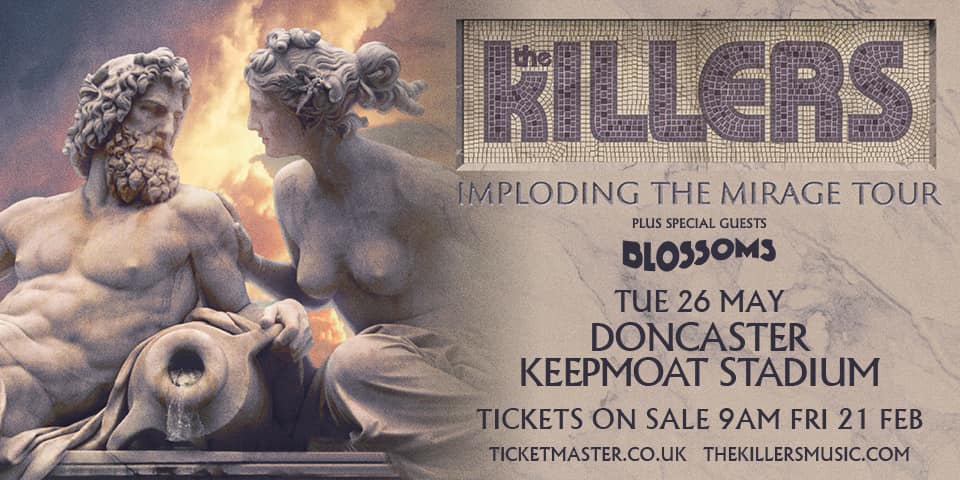 The Way It Was

ALL THE PRETTY FACES